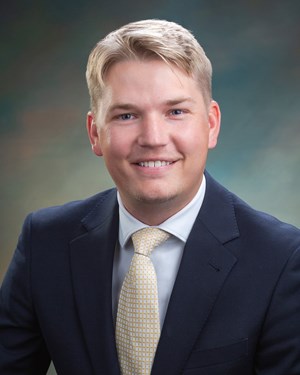 YORK, NE - Midwest Bank is pleased to announce that Jordan Rathke has joined their team as a Vice President in their York location.

Jordan is a graduate of Centura High School and earned a bachelor’s degree in Finance from the University of Nebraska-Lincoln. Upon earning his degree, Jordan worked as a Financial Services Trainee and then went on to become a Loan Officer, and most recently, served as Vice-President of Commercial & Correspondent Lending.  With nearly a decade of experience in banking, Jordan will continue to build relationships with new and existing clients in the area.

Currently, Jordan is on the Board of Directors for both the York Country Club and the United Way of York, serves on the steering committee for Leadership York and is a member of the York Optimist Club.

Jordan and his wife, Whitney, reside in York.