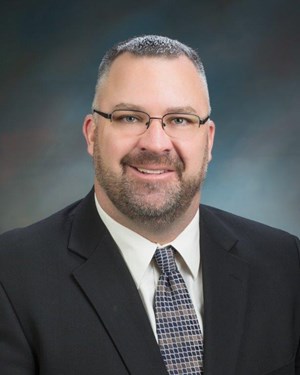 YORK, NE - Midwest Bank in York has announced that Mark Bartholomew of Utica has joined the ag lending staff of the York Branch as of Jan. 8. He won’t need a whole lot of introductions to the local farm customers though as he has been involved in the ag community for years as a co- owner of Bart’s Detasseling with his father Terry who lives in Beaver Crossing with his wife Kris. They also own the Huskon customer seed corn picking business which has picked seed corn for Monsanto and Syngenta.

“The last couple of years I’ve wanted to do something different,” said Bartholomew. “I have an accounting background having worked for an accounting firm for eight years after I graduated from Doane College and that will come in handy. When I heard the bank was looking for someone I contacted Chad Hammer. He’s a big reason that I’m here.”

Bartholomew also added that he and his father have decided to discontinue the detasseling business which was founded in 1986. That move came about in part due to the merger of Dow and Dupont this past year which will change the dynamics of the detasseling industry in the area. He did say that they will continue the custom picking in the fall as Midwest Bank will allow him some time off in the fall.

Hammer, Executive Vice-President and Senior Loan Officer for the bank says they are excited to have Bartholomew join the bank. “Mark brings a lot of managerial and entrepreneurship experience to the bank,” he said. “He is well regarded in the area. We try to form partnerships with our customers and it starts with the right person. We think he’s the right person.”

Barry Redfern, Branch President, concurred with Hammer. “We think Mark’s ag background will be a big benefit to our ag customers,” he said. “This move might be considered a little non-traditional but we were happy to find Mark. We think he will be a good fit with the bank.”

“Midwest Bank really has a family atmosphere,” said Bartholomew, “Even at the corporate level. Right now I’m training and getting familiar with procedures and am looking forward to being a part of the Midwest family.”

“I’m also looking forward to getting to know the York community better,” he added. “I’ve always been a people person and I think this position will be a natural fit.”

As noted before, Bartholomew has been an area resident all his life having grown up in Beaver Crossing. He attended and graduated from Centennial High School in 1991. He and his wife, Geri, who he married in 2009 are the parents of three children; Mya who is 6 and in Kindergarten, Ellie who is three and Ronan who is an active one year-old. The family lives east of Utica on Highway 34.

In addition to many family activities that take up his time, Bartholomew confesses to be a fantasy football fanatic, having participated in three different leagues this past fall. Once thing he will miss having joined the bank is helping to coach Centennial’s track team, which he has done for the past 18 years.